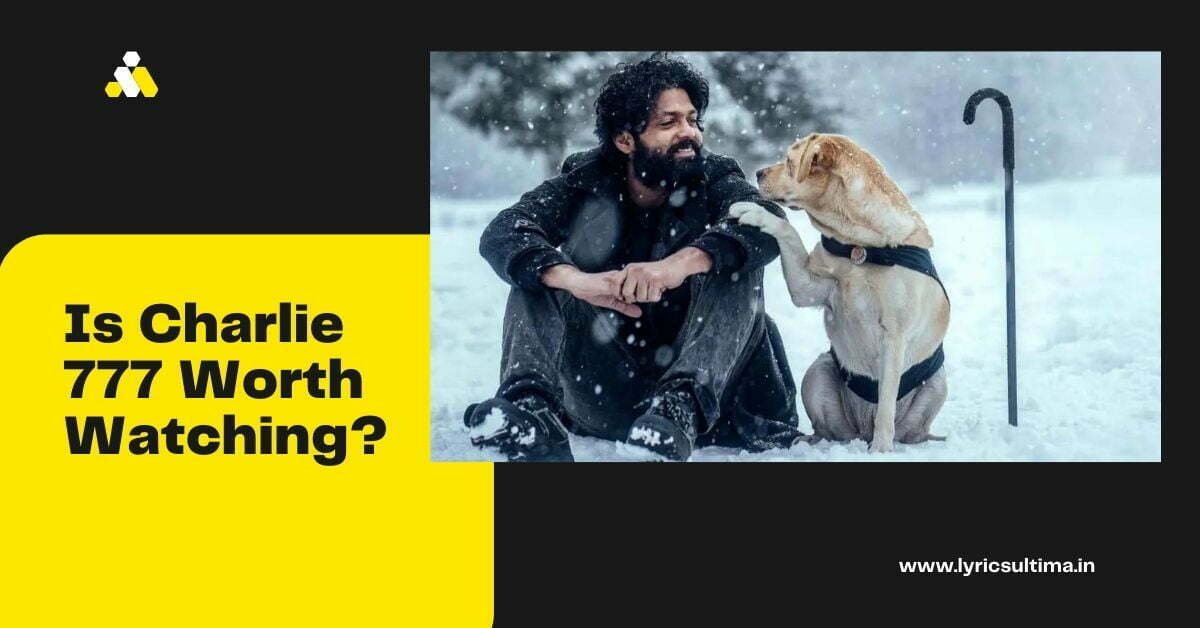 Kannada, Hindi, Telugu, Tamil, and Malayalam versions of the movie are available. Kiranraj is the film’s director and writer.

The newest Pan-Indian Kannada film, 777 Charlie, tells the tale of two unexpected friends. The writer and director Kiranraj K. repeatedly communicate throughout the narrative that if you are lucky, a dog will come into your life and change everything.

The unifying element of most, if not all, of these couplings is Dharma (Rakshit Shetty), the perpetually furious, nasty protagonist of this story.

In a peculiar yet appealing way, the film’s gaze is kept on him throughout, even though he isn’t the hero. Sure, along the road, he throws a few crunchy punches, builds a “manly” workshop in his garage, and scales the highest mountains for the sake of love.

The director reportedly committed five years of his life to this undertaking. The movie is receiving a lot of praise from viewers.

Despite some of its flaws, Charlie 777 makes a compelling argument for the power of animals, particularly dogs, to transform lives and how their unwavering love has supported countless people during their darkest moments.

Rakshit Shetty, named Dharma in the movie, is a recluse who thinks his actions are always right. In a voiceover early in the film, he explains how people see him isn’t right.

You can’t criticize others because he rarely cares about his colony or neighbours and is typically grumpy and untidy. His home is constantly messy, with empty liquor bottles and cigarette butts everywhere.

He is one of the most efficient employees at the factory where he works and never takes a day off. However, he loves to keep to himself, which enrages most of his coworkers.

He is, in a word, a loner with no relationships with anyone. Until a Labrador puppy named Keaton enters his life, he later calls Charlie because he admires Charlie Chaplin. And at that point, Dharma’s life turns upside down.

The 166-minute movie follows the life of a man mired in negativity and loneliness and spends each day in the comfort of his alone by going from house to factory to home, fighting, eating Idlis, smoking, and drinking beer.

When he encounters a stray female dog (whom he later names Charlie) with a contrasting persona since she is naughty and energetic, his world is turned upside down, and his view on life is permanently altered.

Their journey from loner to everything to one another, as well as their friendship and love for one another, is endearing. However, a few situations featuring the two of them seem to be pushed too far and usually feel monotonous.

This drama contains a strong and timely message about adopting pets, which can save the lives of these unwanted creatures who need to be kept.

The movie also emphasizes the value of having contact with animals that may help with sadness and anxiety, particularly in stressful situations, by referencing the protagonist’s life and anxiety problems as a result of the sorrow of losing his family members in an accident.

Also Read: All Popular web series by Ekta Kapoor in 2022

Rakshit Shetty, a co-producer, has a terrific performance in “777 Charlie,” which also shines in terms of acting. His relationship with the female dog has several “so-cute” moments, especially in comedic situations.

The Labrador is magnificent, and you can melt in the presence of her beautiful eyes. An Animal Welfare Officer named Sangeetha Sringeri adds to the development of the narrative.

The film’s production design, sound, and cinematography are only a few of its fundamental positive elements. The second half settles down and develops into an emotional tale, while the first half is fast-paced and has several LOL (laugh-out-loud) moments.

The narrative could have been condensed to increase the effect. It’s interesting to note that the dog’s name was inspired by the Charlie Chaplin film “A Dog’s Life,” which is playing in the background of the screenplay.

777 Charlie full movie download is available on Voot select. You can download the movie or watch online the adorable moments and love between a man and a dog.

Is Charlie 777 movie worth watching?

Without a doubt, Charlie is the main draw for watching the movie. The plot is straightforward and occasionally predictable, but Charlie’s great acting, particularly in the poignant passages, elevates it to beauty.

Rakshit Shetty also defends his performance. In the film, his development from an egotistical individual to an emotional one is depicted. Although Bobby Simha has a small part, his performance is honest and heartfelt.

Sangeetha Sringeri and Raj B Shetty give their all. Everyone will relate to the touching sequences between Charlie and Rakshit Shetty since they played out so nicely. But because the movie has the correct heart, one will feel softer and lighter.

Despite some of its flaws, like editing in the second half, 777 Charlie is the best movie to watch. Possibly its most outstanding quality, the film lets the audience feel via Dharma the intense emotional toll of losing a pet as it builds gradually to the anticipated sobre ending. Moreover, 777 Charlie is a movie worth watching. You can watch the movie on Amazon Prime.

To conclude, the movie emphasizes the importance of adopting pets and how inbreeding negatively impacts the dog community. 777 Charlie is a generally entertaining animal-based emotional drama.

People who love animals will immediately relate to this movie, which is only for some. However, this movie will make you a pet lover even if you are not already. Fans of Rakshit Shetty and movies that deliver essential themes, like the adoption of pets, in this case, will like this movie.

Where to Watch 777 Charlie Online?

You can watch 777 charlie full movie on OTT platform Voot Select in Kannada Language. You can also 777 Charlie in Hindi at Amazon Prime.

Can I Watch 777 Charlie on Disney+ Hotstar?