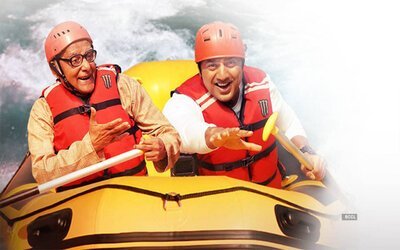 In this article, we will be discussing about the Dev Adhikari’s Latest Tonic Movie Review Cast & Release date.The movie directed by Avijit Sen and produced by Atanu Raychaudhuri. The movie stars one the versatile actors of Tollywood including Dev Adhikari & Paran Bandopadhyay.

The cast of Bengali Movie Tonic

Dev Adhikari, Paran Bandopadhyay and Shakuntala Barua are popular Bengali movie actors who have presented many great movie. In this Tonic movie Dev returns as the miracle maker who solves all problems & creates magical moments in ones life.

The story revolves around Paran Bandopadhyay and he portrays the character of 75 yrs. old retired Jaladhar Sen who lives with his wife, son, daughter-in-law and granddaughter. Their relationship is hampered due to authoritative attitude and over possessiveness of son. The whole situation changes when they met with a travel agent named Tonic as Dev Adhikari and miracles started to happen.
One of the most important aspects of Dev is that he does not appear to be arrogant like many other actors who have had their big break at a young age. Instead, he comes across as someone who is comfortable with his own individuality and acceptance – something which people will relate to more than anything else I feel.

The movie has an ensemble cast of high profile actors that have given their best performance to ensure that the viewers are left delighted. The music by Jeet Ganguli is also sure to catch your attention. The movie releases on 24 December 2021.

Who is the director of Tonic Movie ?

Name of the character Paran Bandyopadhyay ?

Jaladhar Sen a 75 yrs old retired person who lives with his wife.

5 Facts You Should Know About Dil Bechara movie